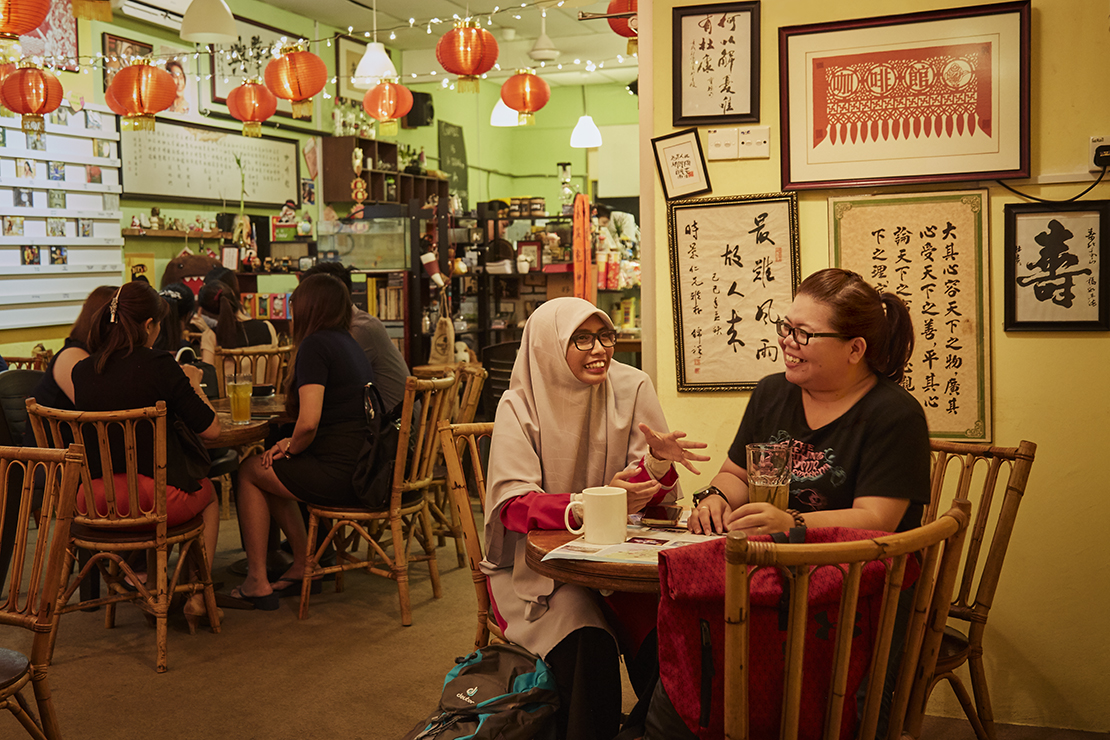 I’m Ami and she’s Allison. When we hang out, people stare.

We are not alike in every way. We don’t even agree with each other all the time. She likes to sing karaoke and watch movies. I don’t like any of those. So when we meet, we go makan. What matters is that we can sit down and have a conversation together. It’s not easy for Chinese, Malays, Indians to be close to each other. When we went to Korea together, I thought eating will be an issue. So I told Allison to eat whatever she felt like, and not to worry about me. But she said, why don’t we eat at places that we can both enjoy? At that moment, I realised how much Allison needed to compromise to keep our friendship. Be it restaurants or travel, she has always made sure that I feel comfortable. Allison really is a true friend.