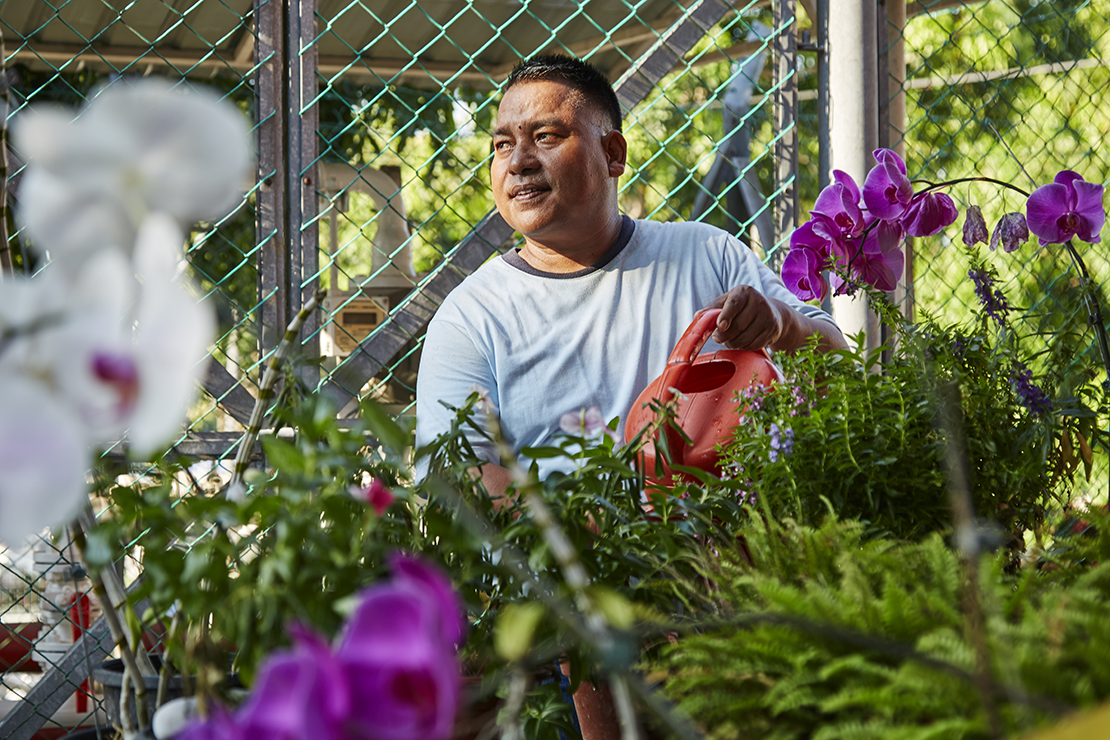 Every day, I will leave them a missed call.

Phone calls to Nepal are expensive. That is why I leave my family missed calls. It doesn’t matter if my voice doesn’t reach them. With that missed call, they will know that I’m thinking of them. This is my tenth year in Malaysia. Before that, I was in Qatar working on skyscrapers. Now, I work off the land. Instead of scaffolding, I can plant things again. It brings me back to the rice fields back home in Nepal. It reminds me that I have a family waiting for me. I’m most happy when watering the plants. To me, a harvest is one of the most fulfilling things in life. When my plants flourish, I feel proud. It makes me feel that I’m part of an important process. Life, too, is like a plant. With time and love, your efforts will bloom. Being away from home is not easy. But as the sole breadwinner, I’m happy to work hard for my family. My dream is to open a shop on my own land. To others, it may be a small dream. But for me and my family, it is everything.