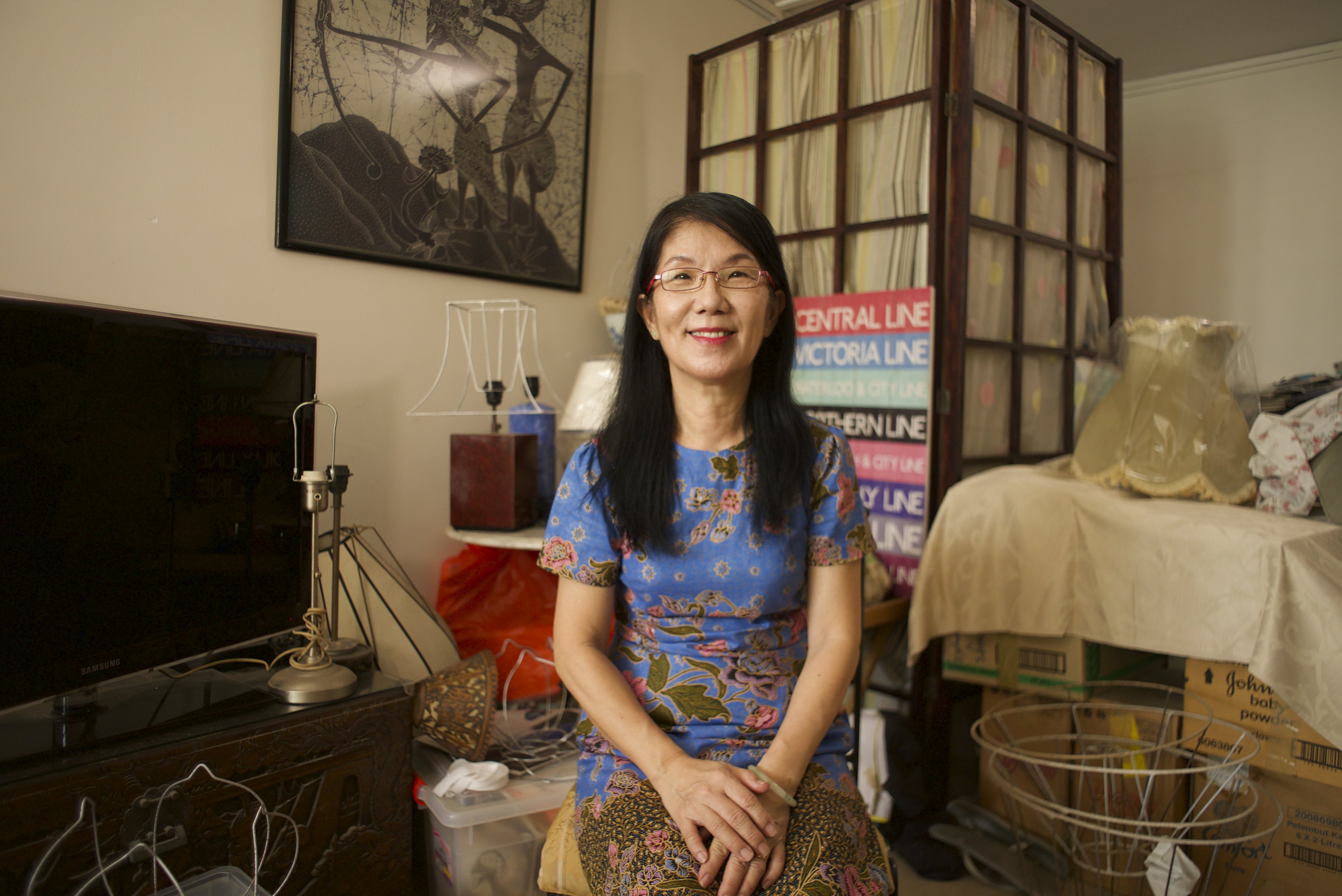 I am the last Dutch Lampshade Maker in Singapore.

Most people now don’t know what lampshades really are. And even fewer people understand how they’re made. But I do. Because I’m the last Dutch lampshade maker in Singapore. I’ve been making lampshades for more than 30 years. Since young, I’ve always loved handcrafts. I had seven siblings and always received hand-me-downs. So when I was a teenager, I started taking sewing classes to learn how to make my own things. Hans Sengalrayan was my husband for 38 years before he passed on recently. His parents owned a lampshade shop in Kuala Lumpur and we took over the business eventually. He used to design and make each of the lampshade frames by hand, and I’d put on the fabric one stitch at a time. There are no shortcuts in our craft. But we made a good team. We even made the lampshades that decorated Queen Elizabeth’s hotel suite when she visited Singapore in 2006! Things are a little different now. I don’t have my husband to consult anymore, so I have to do the designing and planning all by myself. There’s also not much demand for lampshades like there used to be back in the 70s. But I live simply. Even when Hans was around, we knew making lampshades wasn’t going to make us rich. We did it because that’s what we loved to do. In 10 years’ time, I don’t know if I’ll still be here - or if the craft still exists. But I do know that right now, I continue to do what I do because it’s my passion.

What is the legacy you wish to leave behind?

Share your legacy with us, and inspire others today.