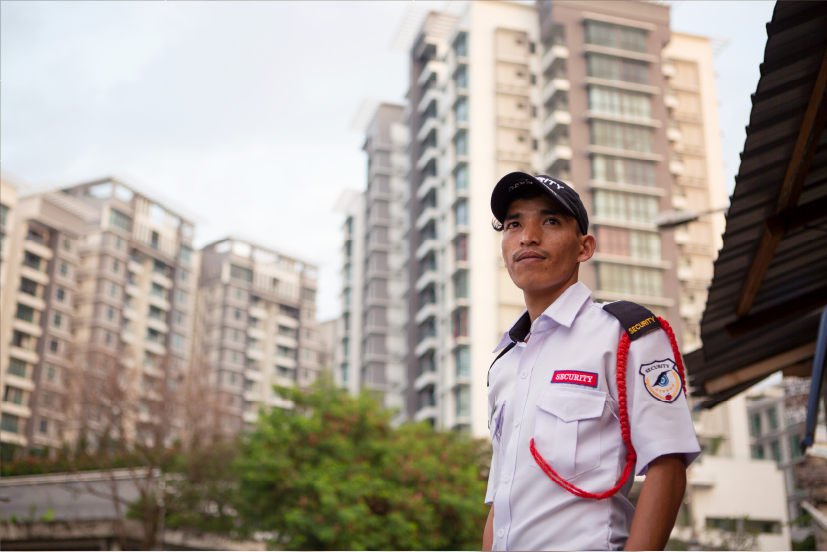 I came from another country to keep you safe.

Watchdog. Brainless. Lazy. Over the past three years, I’ve heard many things about my job as a security guard. Most of the time, I’m ignored. Sometimes, people treat me with suspicion. Once, a colleague of mine got punched while preventing unauthorised strangers from going up the condominium. But I go through all of this for the family I left behind in Nepal. Sometimes, my children will call me and ask when I will return home. Most of the time, I have no answer to that. I only know they need my support and I have to continue striving. For them, I endure the long and odd working hours. For them, I endure standing for 12 hours and more. For them, I endure all the remarks. I came from another country to keep you safe. Will you see me for who I am beyond my job?