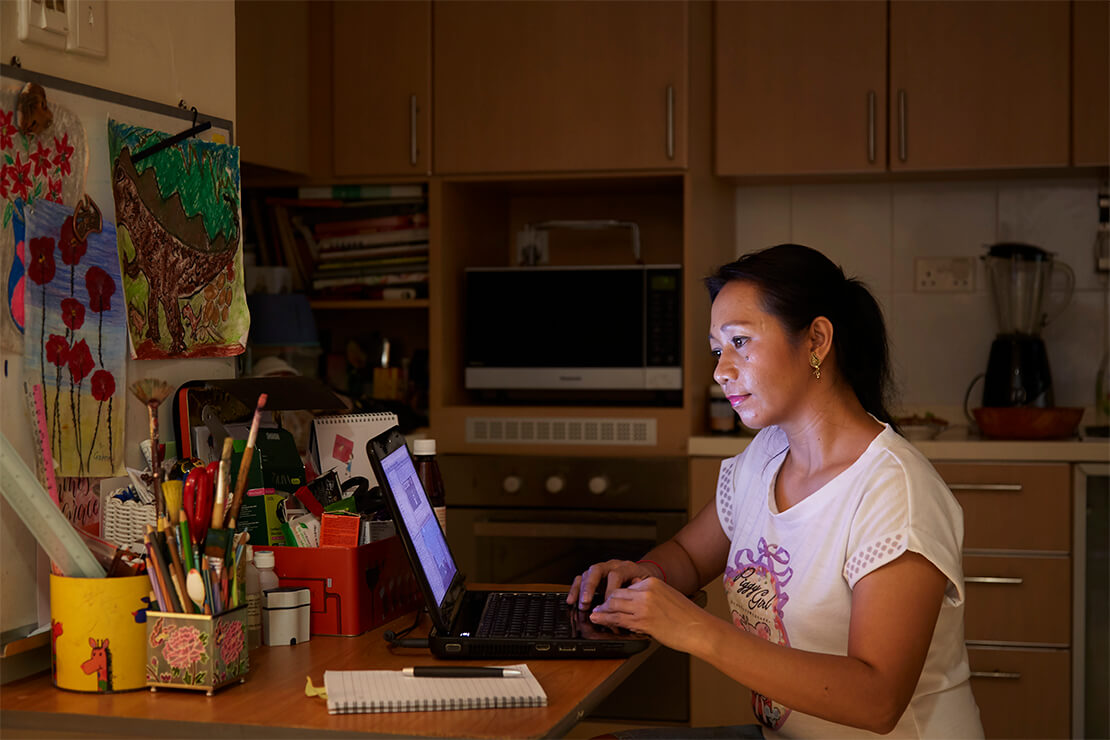 What is a maid to you?

Back home, being a maid puts you at the lowest class of society. My dad tried to stop me. Like everyone else, he knew how badly a maid could be treated in Singapore. But I had to. After my husband passed away, leaving me with two sons, I had to. It’s been ten years since. My two sons tell me, you come home for two weeks but leave for two years. It breaks my heart, but I’m not the only one facing this problem.. I left my family behind for a better future. Like many women, this is my way of confronting a common problem. Slowly I realised I’m more capable that I thought I was. My strength and knowledge comes from within and the people I see everyday. At work, I am a sister to my employer. At home, I am a fighter, a mother, and an achiever. Beyond that, I’m an individual. I paint, I create, I write. I feel, I love and I cry. I am a maid. And so much more.