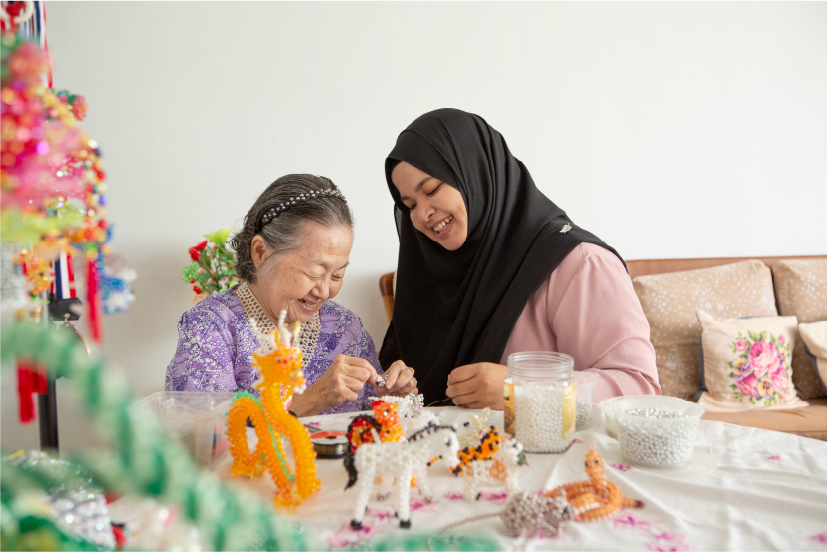 She is my Nai Nai (grandma).

My mother is Malay and my father is Chinese. What about me? That’s a question I’ve always asked myself. I grew up in a community where people are clearly categorised as Chinese, Malay, Indian or Eurasian. There is little room for others like me. I couldn’t speak the language, so I didn’t really fit into the ‘Malay’ category. And because of my hijab, I didn’t really fit into the ‘Chinese’ category either. But to my family, especially my Nai Nai (grandma), I am simply Sakinah. When I’m out with Nai Nai, she is the first to proudly introduce me “Wa eh sun (She’s my granddaughter)!” before her friends and neighbours mistook me for her maid. The fact that I celebrate both Hari Raya and Chinese New Year still causes raised eyebrows amongst my friends. Everyone wonders what I will be doing during these festivities. At times, I feel like a platypus of the human race, as if I am in No Man’s Land. I imagine a day when our children are no longer taught to recognise one another by categories like race or religion, but by who the person truly is.