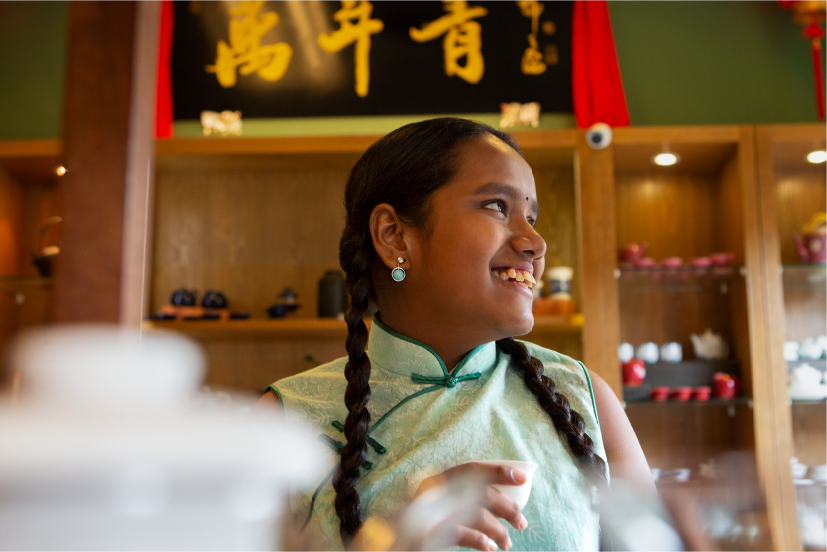 My name is Vineetha. I am 14 years old and I enjoy learning languages. I started learning Mandarin in kindergarten, when my mother enrolled me into a Chinese school. As a nurse, my mother is fluent in many languages. I’ve seen the way she can switch between Tamil and Cantonese, Malay and Mandarin. It’s amazing! I wish to be like her too. When I speak other languages, I get to hang out with friends of different races and learn more about their cultures. I can even interact with them in their languages. At home, I speak Mandarin with my sisters too! It’s our secret language. I don’t see learning languages other than my mother tongue unusual. But many still wonder why an Indian girl is learning a language that is not her own. I took six years to learn Mandarin and it wasn’t easy. I feel sad when my friends doubted me; when I spoke to them in Mandarin, they would reply me in Malay. I hope that more people will open their minds to do the same as me. Maybe one day, I will get to see people wear others’ cultural costumes on Malaysia Day.