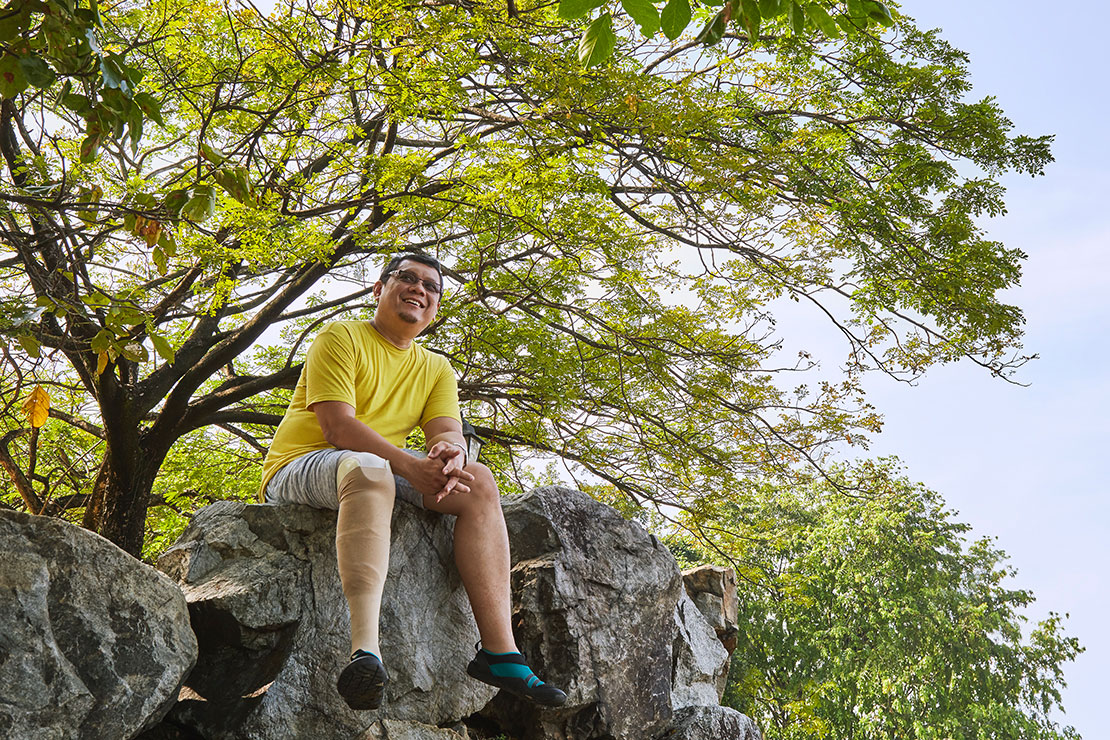 I had to amputate my leg to be free.

Most people wouldn’t remember the first time they ran or jumped around. For me, that moment of freedom only came when I was 21. I threw off my crutches and walk without pain. It felt like I was flying. I was a sick kid. My feet would swell whenever I applied pressure on it. It was like living with a time bomb. I could never go out and play. I would watch my siblings from afar, at the comfort of my home. When I was 21, I decided I’m not having of these. Everyone’s going away to Kuala Lumpur or another city, and I was still stuck in my parents’ home. I wanted a life like other people. With a prosthetic leg, I could finally run and play and jump! I could finally feel normal. Of course, people still stare. I still remember the first time I wore my shorts out. A close friend encouraged me. He told me, “Don’t give in to what other people think of you. You wear shorts, you go anywhere you want! Just be yourself.” Since then, I’ve conquered many things. Flying fox, swimming, zumba dancing. The sky’s the limit! That is also why I want to do paragliding next. There’s nothing stopping me. Now, when people stare, I let them be. Why can’t they just look at me, as me?