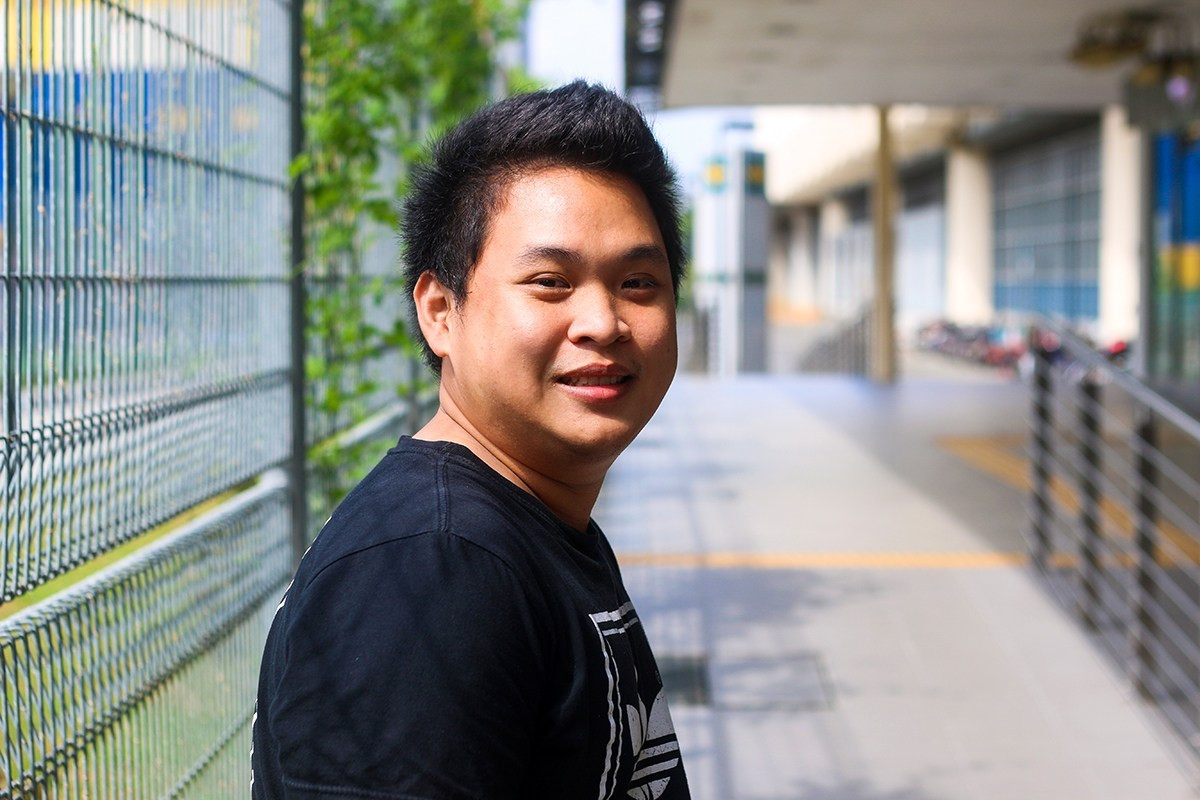 Adjusting to Life in Singapore and Giving Back to Society

"This December will be my eleventh year in Singapore. I moved here from Jakarta with my family when I was 14 because my father had to be relocated for work. Ever since then, I attended school in Singapore before starting my current job here.

It did feel weird at first. I found it hard adjusting to a new way of life, but it was also interesting to learn about the culture in a different country, like how people worked and studied. I got used to it after a while and – surprisingly – adapted quite well in school.

Being active in sports definitely made it easier to make new friends. I was in the badminton club in primary one back in Jakarta. I’ve always liked watching soccer, too, so when I came to Singapore, I took it up as a CCA and competed in the school team.

When I went to Republic Polytechnic, I took up a Diploma in Sports Coaching because I thought I’d have a career in sports. That was the direction I was set on; but, because I’m not Singaporean, it was very difficult for me to get a job.

I’d go for job interviews and get offered a position, but whenever I applied for an Employment Pass (EP), my application got rejected. I don’t know why. Singapore never offers an explanation as to why they reject your EP application.

I was unemployed for two years, but luckily, a friend who is based in Jakarta but worked for Habitat for Humanity Singapore recommended me a job. It was an area of work that I wasn’t used to, but I took it as an opportunity to learn and try something new.

I waited for four months before my EP was approved, but I finally got it! Today, I’m a Programme Executive at Habitat Singapore. I’m in-charge of Project HomeWorks, a local initiative that helps rehabilitate the homes of vulnerable elderly and low-income families.

Coming from Jakarta where you do see a lot of poverty, I always had this image of Singapore being a very clean and prosperous country. But behind that picture-perfect façade, there are actually so many underprivileged people who need our help.

My first Project HomeWorks session involved a three-room rental flat at Chai Chee. That house was owned by two brothers who were already in their old age. It was in a really bad state; you could smell the stench from the house the moment you stepped out of the lift.

The house was infested with bed bugs. Because the brothers were not in a good place financially, they couldn’t afford proper beds. They slept on the floor where they got bitten badly by bed bugs. We did five rounds of fumigation before all the bed bugs were killed.

I felt very relieved after that session was over. Facing such harsh conditions in your old age can be really hard on you, but they didn’t have to worry about bed bugs anymore and could finally sleep peacefully at night. They could also finally enjoy their retirement.

It’s always been a joy for me to help people. I think it’s influence from my parents. Back in Jakarta, they served the church. My dad is a pastor and my mom is a preacher. They always took time to visit and help church members, especially those who were sick.

I’m very inspired by them. Which is why when I reflect upon the two years where I couldn’t get a job in sports, I thought that maybe God simply wanted me to serve, not just my people, but everyone in society, and Habitat Singapore lets me do that.

No, the people I’ve helped through Project HomeWorks never really say anything once a session is over. Some of them were abandoned by their kids and have lived alone in poorly maintained rental flats for so long, they don’t know how to react to such acts of kindness.

But you can tell they are happy once we’ve cleaned up their houses just by looking at the expression on their faces. They don’t even have to say anything much; just a simple thank you and seeing them smile is enough to push me to do the work that I do.”