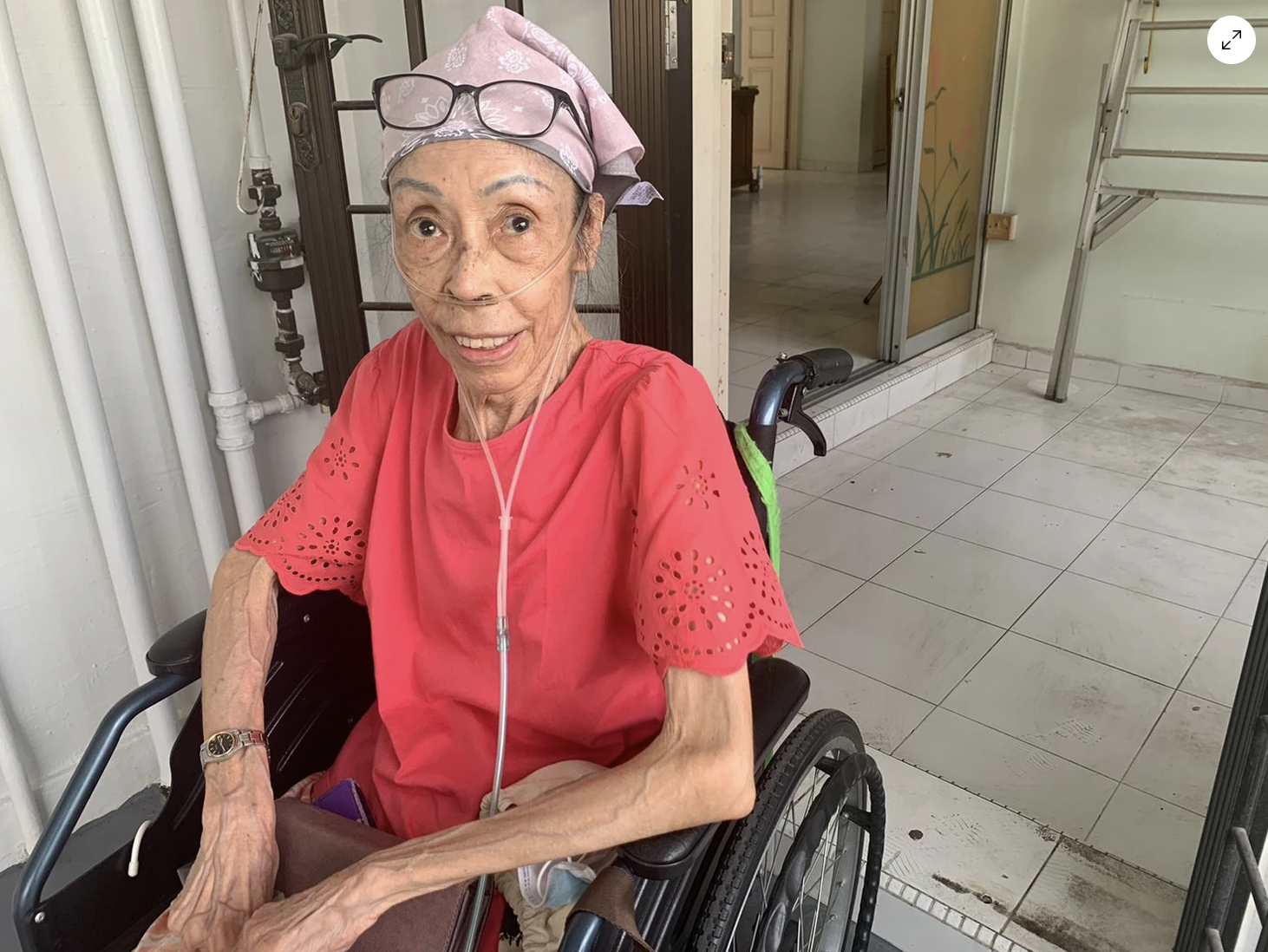 Back to home base

At first glance, one would never expect that under 74-year-old Mdm Ong’s frail appearance lies untold stories of admirable strength and grit - and a life story that made the news, literally. Mdm Ong was not even 12 years old when both her mother and father abandoned the family, thrusting her into a parental role for her younger siblings, with the youngest only 2 years old at the time.

With no money for rent and school fees, Mdm Ong and her 8 other siblings were forced to live under a HDB void deck. When social services stepped in to provide them with a 3-room flat, the police and newspapers were also roped in to track down her parents. Desperate to make ends meet, Mdm Ong had to rent out 2 rooms of their flat while working at night as a babysitter. “(The baby) slept at night so I got a chance to sleep. When the parents came back at 6am, I quickly went home to make breakfast for the kids, then rushed to school with my sisters. Everyday was a hustle but we managed,” she said.

With the full responsibility of her siblings on her shoulders, Mdm Ong pushed herself to get good grades and completed her studies up to the Higher Education Certificate (equivalent to Junior College today) on government bursaries. She made the news again when Straits Times wrote her story of Mdm Ong’s self-made success when she worked her way up to become a top cosmetics salesgirl after completing her studies. That was the beginning of her illustrious career that took her to Japan for 5 years as a model and film make up artist, a salesperson for excavators and other heavy equipment in Indonesia, and eventually 27 years working on the oil fields. By the time she was 28 years old, Mdm Ong had bought her first private apartment and was travelling the world. Even as she was building her career overseas, Mdm Ong was also laying the foundation for her family’s future. “I told my sister to take care of (the younger ones). I sent back money (and) all my 3 younger siblings also went to university. I told (them) to go, because I cannot. I have to earn (money) first,” she added.

After going through so much early hardship and building a life she was proud of, things took an unexpected turn for Mdm Ong. In 2011, she was diagnosed with stage chronic obstructive pulmonary disease that causes breathing difficulties. By then, she had sold her private apartment and bought her current 5-room flat that she lived in with her older brother after his divorce. For 10 years, her brother started hoarding newspapers in every corner of the house for 10 years before he passed away from cancer. “Most of the time I’m travelling so I just pack my bags and go. I had no time to clear. And it stayed on (liked this) until I fell sick. The doctor said I had scarred lungs, from years of abuse at the oil fields from the fumes, petroleum and gas,” said Mdm Ong.

As her lung condition deteriorated, Mdm Ong started relying on a portable oxygen concentrator device to help her breathe. When she started developing pneumonia last year, Mdm Ong was unaware of her antibiotic allergies. She recovered from the first allergic reaction but the second round affected her nervous system and left her in the Intensive Care Unit for 6 months. Being wheelchair-bound now meant it was impossible for Mdm Ong to return to her cluttered flat. With what she had left of her savings, Mdm Ong has been living out of a friend’s home since being discharged from the hospital in October last year.

“At first I couldn’t sit, and I couldn’t walk. But now I’m training to walk a little bit. (If you can) help me finish (clearing) everything so that I can move back, hopefully I can get someone to stay with me,” said Mdm Ong. And that was exactly what Project HomeWorks set out to do when her case was referred to us in March. During the first session, our volunteer team immediately got to work decluttering the living room to create access to the rest of the house.

Just as we had started making progress, safety restrictions during Singapore’s Phase 2 (heightened alert) kicked in. Despite having to adhere to new guidelines with only 2 volunteers in every house, our HomeWorks Champions persevered and continued chipping away at the stacks of newspapers. By the 6th session, we were able to clean and set up a brand new bed for Mdm Ong in one of the rooms. We are so thankful for the hard work powered by our Champion volunteers, who finally gave Mdm Ong a proper place to call home - at long last.