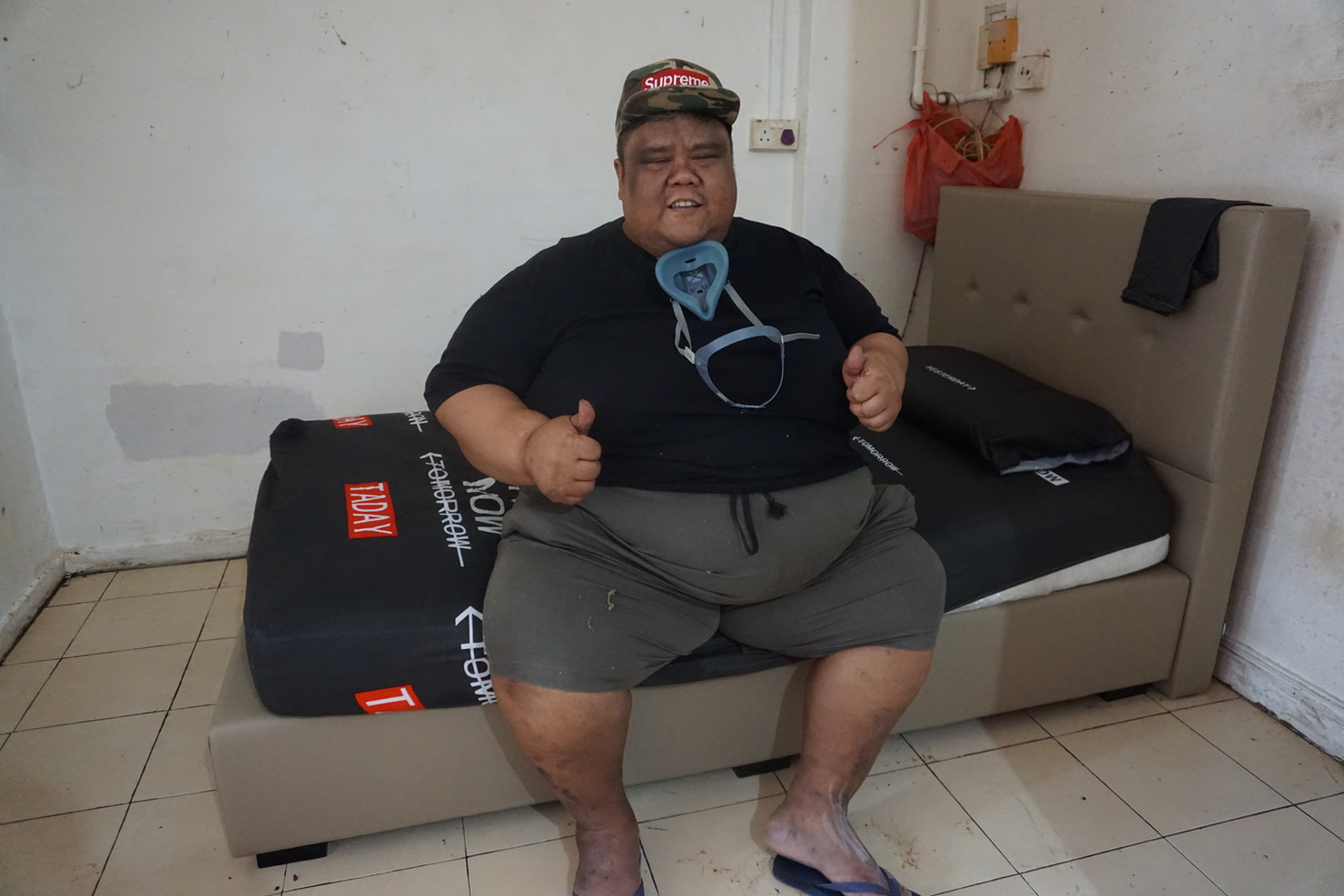 Strength to start over: Overcoming depression during Covid-19

Complete social isolation, loss of income and discrimination - it was this dangerous trifecta that re-triggered Mr Sani’s depression and caused a deep downward spiral for him during Singapore’s ‘circuit breaker’ period last year. After his parents passed away, Mr Saini lost all contact with his siblings. He had been living on his own in his one-room rental flat since 2016. Before the pandemic hit, working at the ports for cargo vessels kept Mr Saini in healthier shape and helped to better manage his mental health. But when the pandemic stopped vessels from coming in, Mr Saini was soon let go from his job. His employment prospects, mental health and living conditions took a turn for the worse, all at the same time.

“My depression came back during Covid when I couldn’t find a proper job because of my size. I couldn’t go out and I couldn’t work,” said Mr Saini.

Security jobs were in high demand at the height of the pandemic. Even though Mr Saini seized the opportunity to apply for a license to work in security, he felt discouraged by the discrimination he experienced.  “I applied for security jobs… but some places don’t want to hire me because of my body size. Imagine when you go to work for 1 or 2 hours and suddenly the management asks you to go back. What do you do? I cannot make noise, I cannot fight,” recounted Mr Saini.

Stuck at home all day, Mr Saini’s weight started ballooning from 130kg in pre-covid times to 240kg during ‘circuit breaker’. Gout in his legs flared up, affecting his ability to walk. “Because of my leg, I cannot move around. Previously when I stayed in Bedok, the rubbish chute was inside the house but now it’s outside (at the lift lobby). I cannot go out so I just started throwing things inside,” he admitted.

The mess of food packets grew, leaving Mr Saini a small empty corner of the floor to sleep on. Cockroaches roaming at night made it difficult to sleep & his health deteriorated so much that he was constantly in and out of the hospital. With the help of his medical social worker from the hospital, Mr Saini was referred to Project HomeWorks to finally end his downward spiral.

It was a particularly intense session for our 5 volunteers, who battled hoards of cockroaches under the mounds of food packaging. Five hours and a few cans of Baygon spray later, half the entire living space had been completely cleared and transformed. After years of sleeping on the floor, Mr Saini finally got his wish: a proper mattress and reinforced bed frame that was sponsored by the Central CDC.

Deeply motivated by the complete transformation of his house, Mr Saini said he never wants the state of his house to ever go back to the mess it used to be in. “When you help me clean my house, at least I can go back to square one. In the new year, I hope I can get a new job, a better life and carry on my normal life with work. That’s all I need,” he said.

Mr Saini was one of the homeowners who received an Agape Blanket under our Sew Much Love initiative. Knowing the many hands that went into making the blanket he received, Mr Saini said he was thankful for all the love and support he could feel from this simple gift. Sew Much Love is a new, all-year-long initiative by Habitat Singapore to co-create Agape Blankets with our supporters. We invite you to contribute a design a quilt patch that will be used to complete more Agape Blankets as a gesture of care for seniors and vulnerable individuals like Mr Saini to fight against this pandemic-driven social isolation.